For many people, lockdown meant working from home for the very first time and whilst many experienced teething problems in the early days, for some it brought about a realization that the daily commute could be avoided. The result of this has been an increase in the number of homebuyers looking to purchase homes further from city centres and towns with an increased emphasis on the square footage of a property.

The boom in property prices during the pandemic was one of the more unexpected trends experienced in 2020. The pandemic resulted in a shift in emphasis towards additional living space and people choosing to upsize as they spent more time at home than ever before.  Whereas prior to the pandemic, the priority for most house hunters was finding a property which enabled a short commute into the office, and which was within close proximity to local amenities, for many, these things have now dropped much further down the wish list.

As people have focused their searches on larger properties with gardens, out of city centres, we’ve seen limited supply and record demand. This, coupled with record low interest rates and government support in the form of stamp duty savings has helped fuel house price increases over the past year. Rightmove’s house price index release last month found that average asking prices have risen 5.7% year on year.

The impact of down valuations

In such a market where the seller is king and supply remains low, we’ve seen a number of properties being down valued. This occurs when a surveyor values a home at less than the price agreed by the buyer and seller. The buyer then has a number of choices.  They can either appeal the valuation as this will impact on the amount, they’re able to borrow, renegotiate the asking price or find the additional cash to make up the difference.

None of these routes may be plausible and down valuations have thwarted many house sales in recent months. It’s unclear whether buyers have been overpaying to get transactions over the line and take advantage of stamp duty cuts or lenders are being particularly cautious in a volatile market where there are concerns over the future of the economy. With demand outstripping supply and multiple buyers for each property, it stands to reason that there is more chance of buyers getting into a bidding war and paying over the odds.  In fact, recent research by Aviva found nearly a quarter of home buyers paid over the asking price during the pandemic and sadly, half of UK buyers regret how much they paid.

Many have cited low interest rates as fueling the boom in property transactions. As a result of the pandemic, the Bank of England slashed the base rate to a record low and, whilst lenders have been cautious, we’ve seen a huge number of low interest mortgage deals on offer alongside government arranged top up mortgages to incentivise first time buyers.  Such schemes cannot last indefinitely, and we will come to a point when they will be withdrawn, rates will rise and this could result in a slowdown in sales.

After four extensions, the furlough scheme comes to an end on 30th September. Over the last two months, job vacancies have hit record highs with rocketing demand for workers showing that so far, the winding down of the scheme has had limited direct impact on the job market.

It’s clear that the pandemic has forced many to think about how and where they want to live with many looking outside their local areas and making radical changes to their wish lists. In terms of the future of the residential sector, although we’re yet to see the full impact of the end of the stamp duty holiday, Brexit and the withdrawal of first-time buyer incentives, early indicators show that the market remains strong and there is little sign of a slowing down because demand still exceeds supply. 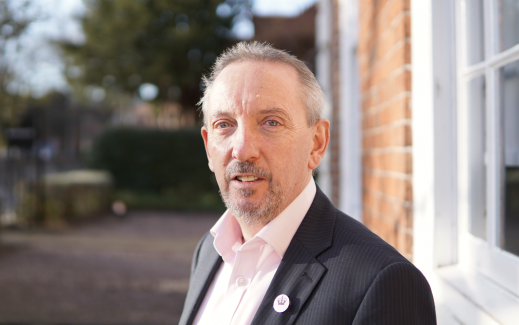