Interior inspiration is all over social media, but some Instagram and TikTok trends can do more harm to your home than good, with some even making your property harder to sell. ScS, has partnered with Holly Herbert, head of content at webuyanyhouse.co.uk, to reveal 10 social media trends which can put buyers off when looking around your home.

Freestanding baths look great in social media posts, but they often come with a lot of practical issues that make them unattractive to buyers.

Holly says: “Freestanding baths are far higher maintenance than normal varieties. You may need to make extra room under your floor for additional pipes and plumbing. If these pipes leak, they can be incredibly expensive to access and can create bad smells.” 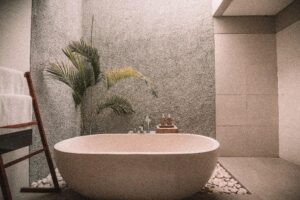 Shiny gold features can add a touch of elegance around the home, but as Holly explains, this effect doesn’t last long.

“Gold hardware can quickly look stained and marked, which is very noticeable. It can also be difficult to match it with other features in your home, especially once the gold colour has faded.”

Triangular-painted feature walls, with frog-tape used to create coloured shapes, were incredibly popular during lockdown, but such creativity isn’t always appreciated by buyers.

Holly says: “Over-expressive decorating, like accent corners, scalloped edges, painted arches or frog-tape walls, are all very much to individual taste, so can make it harder to achieve a sale. You’re far better off sticking to neutral colours.” 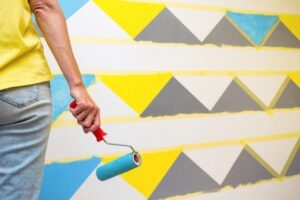 With the pandemic closing gyms across the UK, many people added workout rooms to their home, but this can be off-putting for prospective buyers looking around your property.

Holly adds: “Home gyms were a bit of a lockdown fad but are becoming more redundant now that regular gyms are open again. They generally take up space which could be used for something more beneficial.”

Bifold doors are really useful for creating an easy passage from your home to your garden, but if they are low-quality or badly fitted, they can count against you.

Holly says: “Such doors do look attractive, but in reality, they can break quite easily, which can be a nuisance for new homeowners. It can also be really difficult to get hold of replacement parts, so it’s something to bear in mind before paying out.” 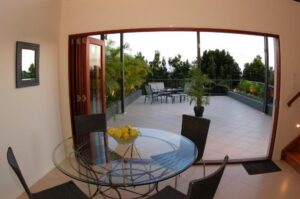 On cold winter evenings, log burners can make your room feel cosy, but not all buyers will agree.

Holly explains: “Log burners require a lot of fuel, which can be expensive, and you need somewhere to store the wood, which takes up extra space. There’s also the risk of smoke damage and marking decorated walls, which buyers won’t want to inherit. If you do install one, make sure to clean it regularly so that it works efficiently and doesn’t look messy.”

Open plan kitchen, dining and living spaces with islands are really popular with interior influencers, but before you hop on the trend, there’s a lot to consider first.

Holly advises: “Islands are great in a big home, but space is the main factor for most buyers, so if they make your kitchen look cramped, they can be a big mistake. If you do add an island, make sure you don’t add mechanicals (such as a cooker) to it unless you’re absolutely certain, as it then becomes expensive for the next owner to remodel if they want to change things around.” 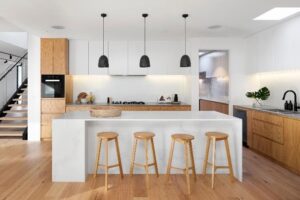 Tiling needs to be consistent around the house to look attractive and it can be expensive to remove, which many buyers will want to do. If tiles are badly laid or decorated with quirky colours, they can be off-putting and quickly look outdated.

Holly says: “Poor flooring can decrease a house’s value by around 5%. It can be really costly to rip it up to replace, so if tiling, you’re best sticking to neutral colours.”

Having a separate area to store food can be a great feature for a kitchen, but pantries need to be well-located and genuinely useful to be appealing.

Holly adds: “Pantries tend to take up a huge amount of space, which impedes the kitchen and reduces the house’s value. They are a nice touch in homes which have enough room for them, but this isn’t the case for many properties.” 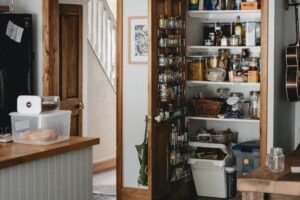 The trend of touching up original features is very divisive, so isn’t a good idea if you’re looking to sell.

Holly says: “You need to carefully maintain original features if they’re to look good and attract interest. Don’t risk damaging them by attempting paint or restoration work yourself, as you could end up ruining the feature altogether.”

“Social media can be brilliant for picking up tips and tricks for your home, but it’s interesting to see that many trends actually aren’t very popular with buyers.

“Before you dive into the latest craze, make sure you think about what it could do to your home and its appeal. Weigh this up against how much you really want to add it to your space, particularly if you’re planning on moving, then make your decision.”