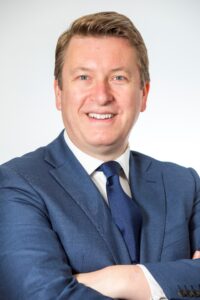 The CLC commented on last year’s professional indemnity insurance (PII) round soon after it was completed.  Insurers had been flagging that the market was hardening in part because of challenges in other parts of the insurance market as well as PI claims. Insurers tightened their criteria and we expect that this will happen again this year. This meant that in 2020, some firms were not able to secure cover. This has, understandably, caused not only consternation in the industry but also stress and concern with the next renewal season now upon us.

Our recommendation to our regulated community, and indeed to all conveyancing practices is to put your proposal in early to the insurance market. Having said that, that isn’t a sure-fire way to protect yourself as many do this, but don’t receive a response until late in the day. This exacerbates the problem by leaving practices little room for manoeuvre.

While there are various reasons for this, including market dynamics, we are actively engaging with insurers and brokers to try and avoid this scenario as much as possible.

Our recent discussion with insurers and brokers highlighted the main areas which raise red flags for them, and steps we recommend you take to mitigate the effects.

These developments come in many forms – from car park spaces and storage pods to holiday apartments, hotels and student accommodation – and are often for investment purposes themselves, as the owner is attracted by the opportunity to rent out what they buy.

However, there have been multiple examples of the developers failing and the deposit money being lost. In some cases, the whole scheme was essentially a scam. Conveyancers are often used to provide a veneer of respectability and can find themselves on the receiving end of claims in the event of a development’s failure.

We advise that conveyancers undertake a high level of due diligence before becoming involved in any scheme of this nature and, if you are in in any doubt at all about the nature of the scheme, we would advise you not to act.

This won’t be news to the industry, but new-build developments continue to be of concern to insurers. A recent report by broker Lockton says that traditional new-build development work remains an ongoing concern as there have been a number of large losses experienced through repetition of a single error across multiple units within a development.

Lockton also cautions that break clauses in leases are proving to be problematic.

“Claims frequently arise from the miscalculation of the date for service of a notice, drafting errors and advice provided to clients on the terms to allow the break to be effectively exercised.

“We anticipate the commercial property sector is likely to be heavily impacted by the pandemic and therefore a source of claims. In particular, claims arising from lease drafting and break clauses are likely to become more prevalent. Businesses are now reviewing their property portfolios thoroughly and break clauses will be meticulously studied.”

For both new-build developments and break clauses the best course of action for firms to protect themselves is to ensure you are rigorous in checking the source and independence of all information provided. If in any doubt, queries must be raised at the earliest possible opportunity.

Any area where a client is seen to be ‘dabbling’ i.e. only undertaking a very small amount seems to induce insurer anxiety. In this industry that is often when insurers see conveyancers handling small amounts of trust and probate work and it being viewed as a ‘sideline’ interest.

We recommend firms who this applies to ensure that they are rigorous in ensuring that they only accept instructions and act in relations to matters which fall well within their professional competence.

We have put together this year our first Risk Agenda that covers steps firms can take to protect themselves against key risks that we see time and again through our supervision work. There is also advice on how to give yourself the best chance of securing affordable PI cover.

What we are doing

We have been working closely with insurers and brokers over the last couple of years as PII renewal has become a more and more contentious area. In particular we have spoken to brokers and insurers and asked for them to issue more comprehensive proposal forms, this would reduce the need for follow-up questions and allow for a more efficient process. We have also asked them to consider creating service levels for responding to proposals, to try and avoid situations where firms submit in plenty of time, but don’t hear until just before the deadline, leaving next to no time for firms to seek alternative cover or have time to close down in an orderly manner.

Our overriding advice to firms at this time though is to ensure you submit as early as possible, be very clear and disclose as much as possible in your proposal to reduce the need for follow up questions, and if in doubt seek guidance from your regulator.

Stephen leads on the CLC’s strategy development and delivery.

Stephen has a background in the civil service and political campaigning as well as business strategy in the private sector. For several years Stephen was Director of Communications and Corporate Social Responsibility at the Law Society.