SPECIAL FEATURE: Is the residential market about to turn? – Muve

David Jabbari, the CEO of Muve, the nationwide conveyancers focused on making your move smooth, discusses whether the residential market is about to turn.

Following a month in which the number of property transactions was the highest since records began, it might seem a little premature to be worrying about a turn in the market.  Indeed, many in the property industry might welcome a breather given the frenzy of the last few months!

Yet, it remains a key question that will be dominating the thinking of law firms, brokers and agents as they do their detailed capacity planning for Q3 and Q4 of 2021.

Could it be that the market frenzy will live and die with the SDLT holidays?  Some have downplayed the effect of SDLT relief. However, there is no doubt that the SDLT holidays are playing a major role in market activity and will continue to do so until the end of Q3.  Research by Muve in this publication has shown how material the SDLT savings still are for those targeting a September deadline for their move (see ‘England and Wales Homebuyers to Save Over £300m in Stamp Duty Relief’, July 27, 2021).

Supporting the “SDLT thesis” is a clear falling off of house price growth since June, when the largest SDLT holiday ended.  Figures from Nationwide show that the average value of a home fell 0.5% to £244,229 in July, the first decline in four months.

So the question conveyancers and agents are asking themselves is whether we are now in a kind of ‘tapering’ mode back to a more normal, maybe even a much slower market, after September. While it is easy to say that there is much more to the market buoyancy than simply the SDLT cut, how true is that?

One of the difficulties here is getting hard data. A lot has been said about a “once in a generation shift” in a post-pandemic population keen to de-urbanise. Some have even referred to the “industrial revolution in reverse”, with coast and country replacing the attractions of city living.

Jon Cunliffe, Deputy Bank of England Governor, referred in a speech in May to “some more persistent drivers” propelling the market beyond stamp duty. The BofE is usually very cautious, so talk of “persistent drivers” is quite interesting.

Equally, in their April 2021 UK House Price Index Report, Zoopla’s research team stated: “While the introduction of the stamp duty holiday has certainly boosted activity, we believe the once-in-a-generation ‘reassessment of home’ has further to run… new buyer demand will still emerge throughout H2 as office-based workplaces confirm if they will be pursuing more flexible working practices. Households who have the opportunity to commute less frequently have more options when it comes to choosing where to live, and this could prompt a move…”.

This was supported by a Zoopla survey in May showing that of 2,400 homeowners surveyed more than half (51%) say their homes fail to meet their needs post-pandemic (“in the wrong home”). There have also been a number of surveys, such as a recent one by Nationwide, which show clearly that over 75% of movers’ decisions to move were not influenced by the  SDLT holiday.

It is also the case that during the pandemic, families saved in the region of £200bn by being “forced” to save, rather than spend income on foreign holidays, socialising or commuting. This saved income helps to generate house deposits and fund upward moves.

The problem with these kinds of observations is an over-reliance on impressions and anecdotes rather than hard evidence. Of course, the “reassessment of home” argument rings true with most of us. After all, a lasting effect of the pandemic is that a large part of commercial property occupancy has been outsourced to the residential sector and this could take years to settle down into a ‘normal’ pattern.  But where is the harder evidence?

Perhaps the harder evidence can be found in mortgage borrowing.  Net mortgage borrowing continues to build, at £17.9bn in June, which compares to the previous high of £11.5bn recorded in March this year.  Perhaps more important to a sustained boom is what is happening to mortgage rates.

While the initial response of banks to the post-Covid housing boom was to raise rates on the back of fears about capacity constraints and surging demand, rates have now fallen back significantly.  Last week for example Nationwide introduced a five year fixed rate for 60% loan to value (LTV) customers of 0.99%. Some fixed rates are as low as 0.75%.

There is a big market driver here, with lenders looking as though they wish to keep the boom going. Lenders have the ability to make good profit margins even if they cut mortgage rates even further due to their very low cost of borrowing. Banking analysts are clear that there is scope for further mortgage rate reductions and an appetite from the large lenders to do this.

So when you couple the activity of lenders with some of the demographic factors affecting the market post-pandemic, there is every reason to be confident that this boom will be with us until at least Q4 2021. Suppose those demographic changes are indeed “persistent drivers”. In that case, this higher activity may be with us for much longer than that as people readjust to the new world of commercial/resi living.  What is clear is that the demand for moves is now creating a structural problem of a shortage of listings, and that shortage could again propel the market for some time.

In conclusion, an eye must always be kept on the macro-economic environment because nothing kills a housing boom faster than inflation and unemployment. On inflation, the signs are that the Bank of England is keen to keep base rates very low for the foreseeable future, so there does not seem much risk to mortgage rates from that source.  Again any significant increases in unemployment could hit the market due to the affordability ratio of houses to income. According to UK Finance, the average first-time buyer is taking on a mortgage more than 3.5 times their income while movers borrow 3.4 times (UK Finance). There is some comfort here, too, in that the IMF predicts UK growth at 5% next year.

Our view then is that while the “frenzy” factor will disappear in Q4 2021, there is good reason to predict persistently higher than normal activity in the housing market through much of 2022.  We are investing and hiring on that basis, aiming to ensure that we can handle whatever the market throws at us! 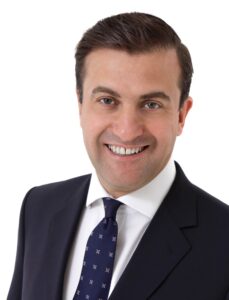 David Jabbari is a solicitor and long-standing entrepreneur in the legal services market. After 8 years as a global director at international law firm Allen & Overy, he became the CEO of £105m turnover City law firm Barlow Lyde & Gilbert, where he acquired the major commercial law firm Halliwells and ran the merger with Clyde & Co – the biggest ever merger of two UK law firms – creating a £450m international law firm. For the three years before he co-founded Muve he ran PE-funded ABS businesses, creating legal brands for large retail brands such as Saga and Dignity Funerals. He has been a pioneer in the legal tech space.