SPECIAL FEATURE: “Hidden Equity” and why it matters to agents – Zoopla

Andy Marshall, Chief Commercial Officer at Zoopla, has written a special article that looks at “Hidden Equity” and why it matters to agents. 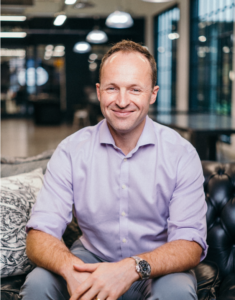 We know Brits are obsessed with house prices. But how much do we really know about the value of our home? To get to the bottom of this Zoopla investigated the ‘Hidden Equity’ locked away in UK homes.

Our survey showed the staggering discrepancy between a homeowner’s perception of what their home is worth and what the reality is.

We learnt the average home in the UK is worth £9,470 more than its owner realises. With 25 million private homes in the UK this means UK homeowners are sitting on a staggering £237 billion of hidden equity.

For many, the disparity between perceived value and an actual valuation from an estate agent was far higher. 9% of homeowners who undervalued their home found that it was worth over £100,000 more. 40% of these homeowners were from London and the South East – where the markets carry higher values on average.

This equates to one million properties nationwide carrying six figures of hidden equity.

But why does ‘Hidden Equity’ matter to agents?

By revealing the ‘Hidden Equity’ in UK homes, we got homeowners thinking about and engaging with their house price. We also harnessed Zoopla’s new My Home tool to provide an estimated value and a clear call to action to enlist an agent for an official valuation. This in turn has driven valuable vendor leads to agents.

Agents know their local property markets better than anyone and are integral in educating homeowners on the true value of their home, and Hidden Equity has put agents front and centre of the vendor journey.

With the pandemic and ongoing stamp duty holiday, many Brits have made a once-in-a-lifetime reassessment of how and where they want to live. Indeed 44% of people have considered moving home as a result – creating a remarkable opportunity for the market.

By enabling homeowners to uncover the true value of their home, Zoopla and agents can work together to nudge passive homeowners into active sellers, and stimulate the market as a result.

Andy Marshall is the Chief Commercial Officer at Zoopla, responsible for its sales organisation. Prior to joining Zoopla, Andy was Managing Director for Experian UK & Ireland Go-To-Market Organisation. Before Expedia Andy worked in sales leadership positions with a variety of businesses including United Biscuits, Coca-and LexisNexis.