Legal complaints: the challenge ahead, by the Council for Licensed Conveyancers

Ever since the Legal Ombudsman (LeO) was set up in 2010 it has been their stated aim to guide consumers and legal service providers through the legal complaints process.

An aim which they say has helped thousands of consumers and providers to resolve complaints about the service that has been provided.

As we all know LeO is currently facing a very difficult situation. The backlog of complaints waiting to be addressed continues to grow considerably and is now being described by the organisation as the ‘preassessment pool’ – complaints that have been accepted but are yet to be allocated to an investigator. So, it was with some surprise that many of us found a proposed 19% budget increase in their latest business plan.

The CLC is committed to a system that gives both providers and consumers efficiency, fairness and clarity and as such we stand ready to support this important work. Leo has a new and highly respected chair and a new chief ombudsman. It must take advantage of this fresh start and make haste to deliver improvements that win back the confidence of both the sector and consumers.

We are very pleased indeed that LeO is taking up our recommendation of creating a small, independent, external task force to advise LeO on handling complaints promptly and efficiently to reduce the backlog faster than currently planned. This is vital for the more efficient handling of complaints in the long term too as faster and more proportionate processes are needed.

We are also looking forward to seeing the revised budget and business plan that LeO issues following its recent consultation. We also hope that we will see enhanced and more easily accessible reporting on progress to help rebuild the sector’s confidence in the complaints handler. These are all points that we made in our response to LeO’s consultation.

The comparison of the cost of a conveyancing transaction with the cost of adjudication by LeO suggests that the current processes for complaints handling are not proportionate to the consumer harms that are being addressed. This is further underlined by the fact that, in the comparatively few cases where a financial remedy is applied by LeO to complaints involving CLC-regulated firms, they are overwhelmingly far lower than the cost of investigating and adjudicating the complaint.

It seems that LeO is applying too elaborate or perhaps too legalistic an approach when it was established to deliver swifter consumer redress than had been the norm in the legal sector. There must be a question about whether LeO is operating an ombudsman scheme or taking a quasi-judicial approach. The approach no doubt contributes to the growing cost per case and overall burden on the legal sector. And so, while we agree with the focus of the proposed business plan, in view of the current economic outlook, as the country continues to suffer the effects of Covid19 and the impact of Brexit, we propose that LeO should take time to revise its budget and business plan in-year.

There can be no doubt that reducing the backlog down to a level that is appropriate for managing work in progress and efficient use of resources must be the urgent priority. The current situation has been developing for some time and will naturally continue to worsen if it is not urgently addressed. The CLC is committed to working with LeO on that and we look to conveyancers and probate practitioners to work with us to reduce the numbers of complaints that are referred to LeO. 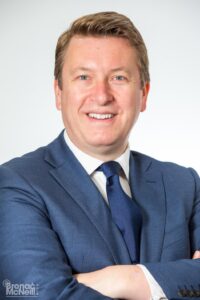