First Japanese knotweed shoots of 2022 spotted in Plymouth, as invasive plant emerges on banks of River Plym a fortnight earlier than last year.

The first Japanese knotweed shoots to emerge in 2022 have been spotted on the banks of the River Plym in Plymouth, Devon, more than a fortnight earlier than last year, confirming that the UK’s most invasive plant has already begun its spring growth season. 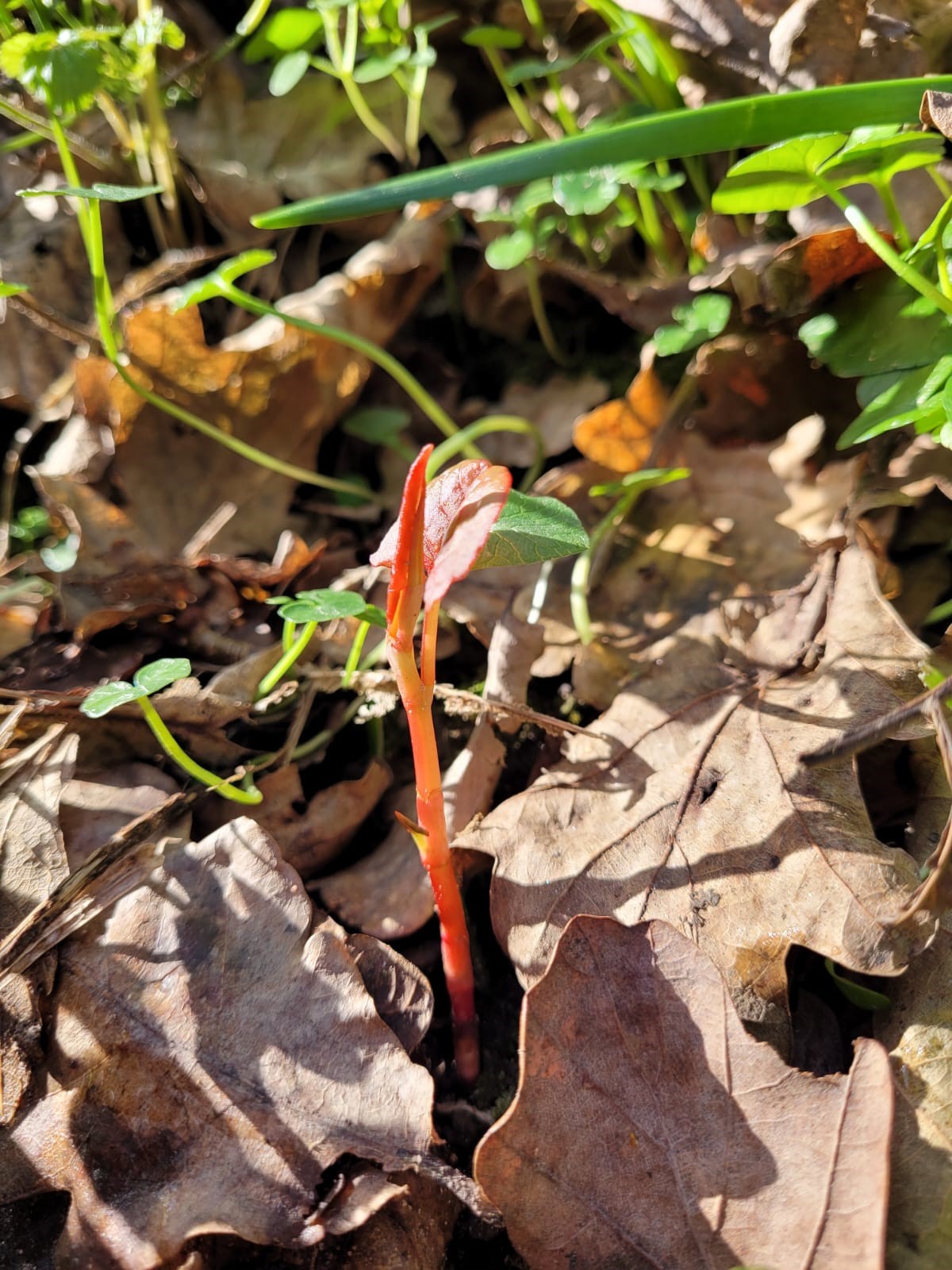 Japanese knotweed hibernates during the winter months before emerging when the ground temperature reaches around 4°c. Traditionally this has occurred during late March/early April, but in recent years Japanese knotweed has begun emerging earlier, possibly due to the impact of climate change. A recent study by the University of Cambridge, which used a citizen science database with records going back to the mid-18th century, found that global warming is causing plants in the UK to flower on average one whole month earlier than they used to.

Japanese knotweed is no exception, with red or purple asparagus-like shoots now sprouting from the earth and quickly turning into green bamboo-like stems, growing at a rapid rate to reach approximately 3 metres in height by June. When mature, the plant has flat, heart-shaped green leaves and blooms in late summer, when its stems become covered in tiny creamy-white flowers. 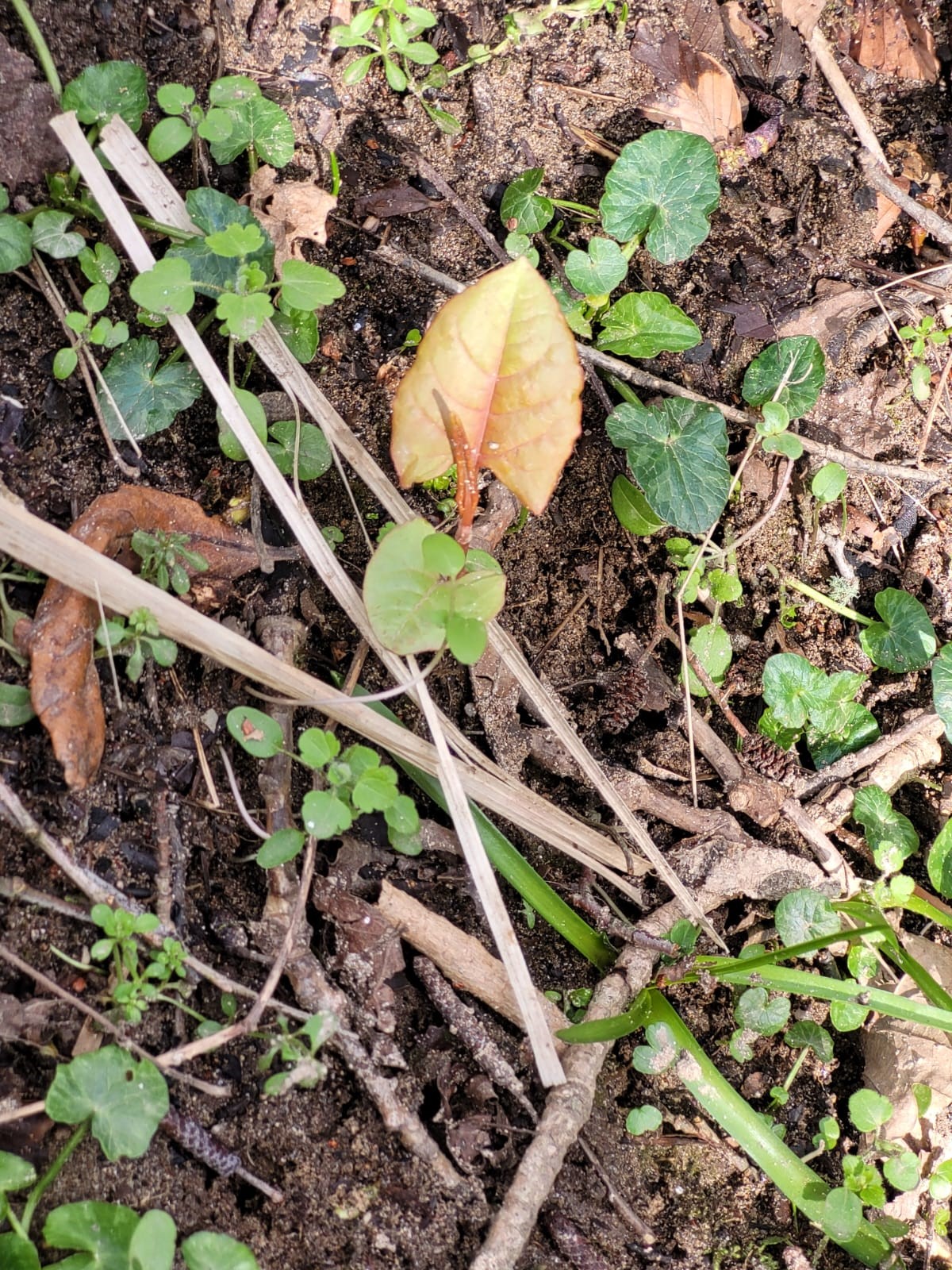 It isn’t illegal to have Japanese knotweed growing on your land, but homeowners can be sued if they allow it to spread onto a neighbouring property. They must also declare the presence of knotweed on the TA6 conveyancing form when they sell their home, even if it has been successfully treated, and mortgage lenders may require a professional treatment plan to be in place with an insurance-backed guarantee before lending on an affected property. Homeowners and buyers who are unsure whether their property is affected can commission a dog detection survey, whereby Environet’s team of highly-trained sniffer dogs will scour a property for signs of knotweed growth – and can even detect the unique scent of the plant’s rhizome beneath the ground.

“A few years ago, it was unheard of for Japanese knotweed shoots to emerge in February or March, but unfortunately this now seems to be the norm.

“The warmer climate we enjoy in the South West certainly helps it along, with the UK’s first shoots spotted in Plymouth for the second year in a row.

“Homeowners across Devon and Cornwall should be vigilant for the distinctive red or purple spear-like shoots emerging in their gardens or near their homes over the next few weeks, as the knotweed growing season becomes established.

“Those who discover Japanese knotweed on their land should seek professional advice. Implementing a professional treatment plan is the best way to prevent knotweed from causing damage to property, preserve the value of your home and protect yourself from the threat of litigation from neighbours if it’s allowed to spread.”

Those who spot the plant can report the sighting on Environet’s Japanese knotweed heatmap, Exposed, a live tracker monitoring knotweed sightings across the UK. Members of the public can enter a postcode to discover the number of reported knotweed sightings nearby, with hotspots clearly visible in yellow or red. People are encouraged to report knotweed infestations using the ‘Add Sighting’ feature and attaching a photograph of the plant so it can be verified by experts.

Environet offers a free Japanese knotweed identification service for anyone who wants to confirm whether or not a plant is Japanese knotweed, which is commonly mistaken for other harmless garden plants such as bindweed, Russian vine and lilac. Just email a photo to expert@environetuk.com.