Annual House Price Growth in the UK Slows to 2.2%

The Halifax Bank have published an analysis of the annual house price growth in the UK and have found that it has slowed to 2.2%, according to their latest report.

“Annual house price rises have slowed from 2.7% in December to 2.2% in January – the lowest rate since July last year. We’ve seen a monthly decline as well as the quarterly rate of growth flattening out.

“Although employment levels grew by 102,000 in the three months to November, household finances are still under pressure as consumer prices continue to grow faster than wages. Additionally, it’s still too early to see any impact for first-time buyers from the abolition of stamp duty on purchases of up to £300,000, which was announced in the November Budget.

“Despite the recent rise in the Bank of England Base Rate, mortgage rates are still very low. This, combined with an ongoing acute shortage of properties for sale, will continue to underpin house prices over the coming months.” 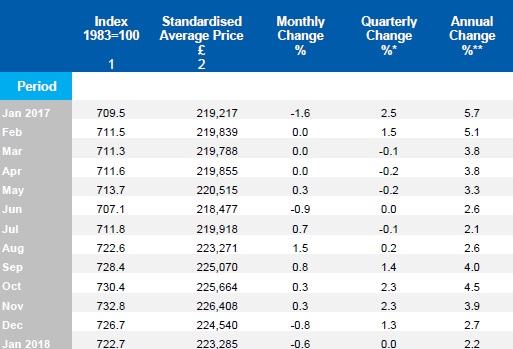 Kindly shared by the Halifax Bank