Rockwell’s Jonathan Manns appointed as Fellow of the RICS

[19 May 2021, London] Rockwell’s Executive Director, Jonathan Manns, has been elected to Fellowship of the Royal Institution of Chartered Surveyors (RICS). 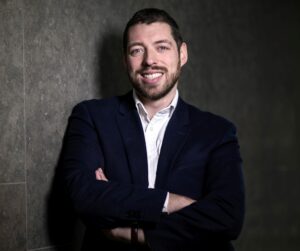 Widely acknowledged as one of Britain’s foremost urbanists, Jonathan’s appointment, aged 36, comes less than three years after he was awarded Fellowship of the Royal Town Planning Institute (RTPI) – a membership class held by less than 0.5% of chartered planning professionals. At that time, he was believed to be the youngest ever Fellow of the RTPI and his latest RICS appointment makes it probable that he is now the youngest person to have been appointed as a Fellow of both organisations.

The RICS exists to regulate the property profession worldwide in the public interest. Chartered Fellow status is the Institution’s highest membership grade and exists as an international measure of distinction to identify those who have made an exceptional contribution to the profession in the eyes of their peers, business and the public. Fewer than 20% of all chartered surveyors ever achieve Fellowship and the average age of an RICS Fellow currently stands at 67.

Speaking of Jon’s Fellowship, a spokesperson for the RICS said:

“Jon’s role in the profession, media coverage, academic research and publications mark him out as an outstanding surveyor. He is outstanding against all the characteristics of RICS Fellowship but particularly his achievements in public life, as a long-standing champion of the industry with an exceptional profile and someone who has made a lasting and positive impact on communities and the built environment.”

“Property and built environment professionals are in a unique position to support the creation of thriving, sustainable and inclusive communities. I’ve been exceptionally privileged to be involved with a range of initiatives and debates, from the local to international level, which have supported this and helped to make a meaningful difference. I’m proud of the legacies these have left and having this contribution to both the industry and public life recognised by the RICS.”

Leading London-based real estate developer, Rockwell are strong advocates for the role of the RICS and other similar organisations which champion best practice in the built environment.