In this blog, Kate Bannigan, an Environmental Consultant at Groundsure, explores brownfield sites and discusses why they should be incorporated into urban development.

What are brownfield sites?

The United Kingdom’s long industrial past has left behind an estimated 65,760 hectares of ‘derelict and underused’ (Oliver et al., 2005) previous industrial sites, often located in or around towns and cities. These have been classed as brownfield sites. Many brownfield sites may have real or perceived contamination problems linked to their industrial heritage. Brownfield sites are also often viewed negatively in a more general way, they may be considered derelict wastelands. But due to their unique pasts and lack of management they have become home to many rare and essential species that have taken advantage of the mosaic of habitats that can be provided in one location.

These often negatively perceived pieces of wasteland provide an unexpected haven for wildlife and many have a higher biodiversity than traditional urban green spaces (Bonthoux et al., 2013). Brownfield sites offer unique habitats, varying in age, microclimates, soil substrates and stages of plant succession, it is this variety that results in such a high diversity of species. The various processes that once occurred on these old industrial sites have resulted in a mosaic of different habitats all being supported within one area, including grasslands, heathland and bare ground. Brownfield sites have low nutrient soils which inhibit fast-growing plants from dominating, combined with the range of habitats available this creates a haven for invertebrates, plants, birds, bats, reptiles and amphibians.

The National Planning Policy Framework introduced in 2012 made it clear that brownfield sites should be prioritised for development, however, research shows that 50% of wildlife-rich brownfield sites have been lost or are under threat (Wildlife and Countryside Link, 2015). These ‘high environmental value’ sites are to be excluded from the NPPFs push for brownfield redevelopment.

A major benefit of integrating brownfield sites within urban planning is in the absence of heavy management they provide a network of sites with different successional stages. Brownfield sites offer an ecosystem on the ‘wildside’ (Pueffel et al., 2017) that cannot be found in formal gardens and parks where ecological processes like succession and erosion are controlled.

A remarkable example of a brownfield site becoming a biodiversity hotspot is Canvey Wick in Essex, which now supports nearly 2,000 invertebrate species many of which are declining and rare (Barkham, 2017). The site was initially a dumping ground for extractions from the Thames and later prepared for use as an oil refinery in the 1970s. Area-for-area it has been acknowledged as being the richest place for rare invertebrates in the country (Chris Gibson Wildlife, 2018) resulting in it being nicknamed a ‘brownfield rainforest’. This site has now officially become a Site of Special Scientific Interest, the first brownfield to be given this status, and as a nature reserve is managed by Buglife and the RSPB. 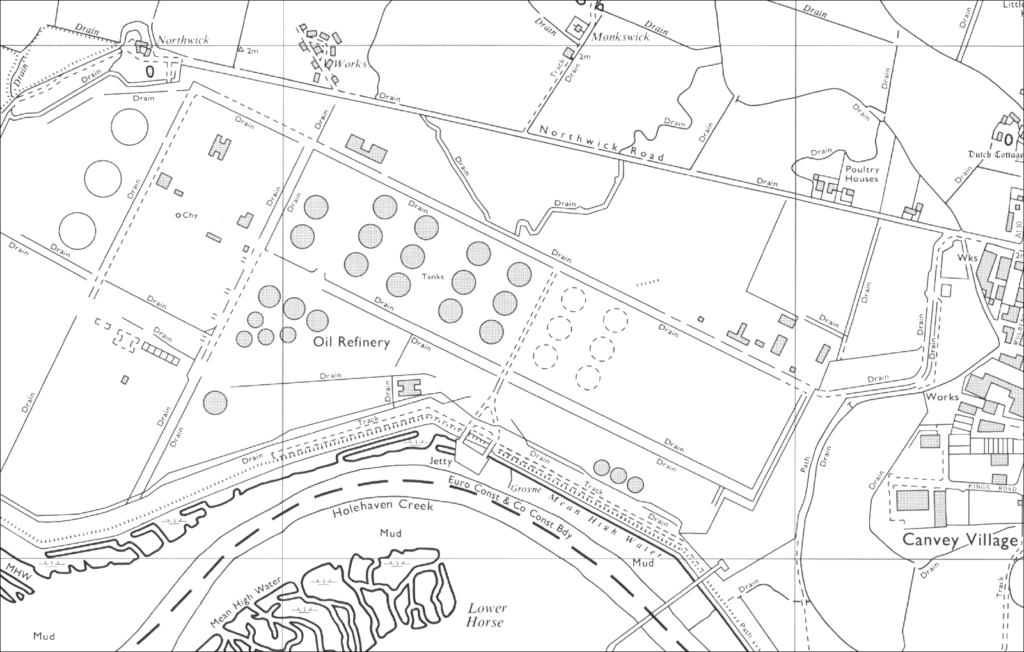 Species that now inhabit brownfield sites include the Small Ranunculus moth (Hecatera dysodea) which until recently had not been seen since World War II but have now recolonised in brownfield habitats (Gill, 2012). Also, the Shrill Carder bee (Bombus sylvarum) which due to habitat loss can now only be found at very few sites, with Thames Gateway brownfield sites supporting one of the only remaining populations of these bees. The unique and wild nature of brownfield sites mean we are now seeing endangered and rare species flourishing and returning to Britain.

Why they should be incorporated into urban development

Many cities already have projects underway turning brownfield sites into green spaces in their own right. Brownfield sites have been shown to contribute significantly to urban biodiversity (Schadek et al., 2009) whilst at the same time providing similar functions as traditional public green spaces such as parks or gardens. The social benefits of including brownfield sites in the urban ecosystem include improving the overall wellbeing of local residents and their quality of life, which has led to more research into sustainable urban development (Pueffel et al., 2017). Brownfield sites that are secluded and less accessible are popular with residents as they offer an isolated retreat where they can be undisturbed and “outside of urban surveillance” (Pueffel et al., 2017). The cultural ecosystem services that brownfield sites provide are seen as greatly beneficial when included in urban development. The recreational services they provide reflect the needs of urban residents which aren’t always met by more conventional public green spaces. This desire for more public spaces can be seen as an indicator of what the public needs are when it comes to spatial planning.

It is important to effectively engage developers to use ecological practices which are designed to conserve and enhance the biodiversity of brownfield habitats (Harrison et al., 2001) when developing a brownfield site. Instead of avoiding developing brownfield sites all together it is important to preserve the areas that harbour the greatest species richness. An effective option is to frame urban brownfield sites with more managed green spaces to overcome any negative public feeling towards brownfield sites remaining within their community (Kattwinkel, 1978). Whilst there have been advances in planning practices in regards to brownfield sites the lack of an official definition of ‘high environmental value’ under the Planning Practice Guidance has resulted in sites which were seen as valuable for wildlife being lost (Wildlife and Countryside Link, 2015).

Although often negatively perceived, brownfield sites represent a unique opportunity for something like a little wilderness in an urban environment. The benefits this has for varied animal habitats, the environment and human happiness are now becoming clear. Increasing awareness of the many environmental and social benefits of brownfield sites has led to them being considered in urban planning as unorthodox green spaces.