Hidden trends in the ONS housing data: property investments fall out of favour and parents trapped in rental cycle

Sarah Coles, personal finance analyst at Hargreaves Lansdown, comments on the ONS’s publication the English Housing Survey, (including the second dataset) which shows hidden trends of property investments out of favour. 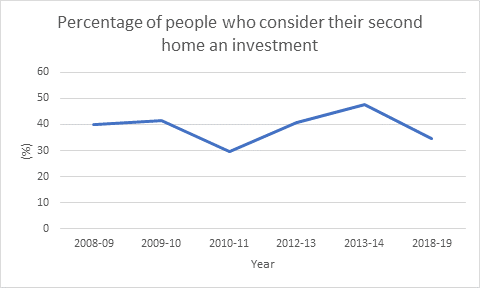 “The second home dream is alive and well. Despite rising prices, more than a million have been snapped up in the past decade alone. But most people aren’t planning a strategic property portfolio to make their millions, many have either realised their dream of owning a holiday home, or stumbled into becoming accidental landlords.

“When asked why they had a second home, more people said they wanted it as a holiday home than said they saw it as a long-term investment. The proportion who claimed to be investing has dropped 5 percentage points in a decade – and is down 13 percentage points from a spike in 2013/14. This may have something to do with the fact that this period saw sluggish property price rises, so owners were aware it might not make their fortune.

“The government has also worked hard to make property investment as unrewarding as possible from a tax perspective. Since 2016 there has been extra stamp duty to pay when you buy, and since 2017 the rules on offsetting mortgage interest against tax on rental income have made this far less attractive too. It means you’re taxed on the way in, as you go along, and when you sell, so it’s one of the least tax-efficient ways to invest. When you compare it to ISAs, which are completely tax free, the tax burden is enormous.

“One strong trend we’ve seen is the rise in people who said their second property was previously their main home. Now that couples are marrying later, and more people have more complex family relationships, they’re more likely to come to a relationship either with a property they have bought alone or a share in a former marital home.

“In some cases, you’re legally required to hang onto that property as the result of a divorce settlement. However, if you’re renting it out for an income stream, it’s worth doing the calculations to ensure that even after maintenance, void periods and tax, you’re making enough profit to make it worthwhile.” 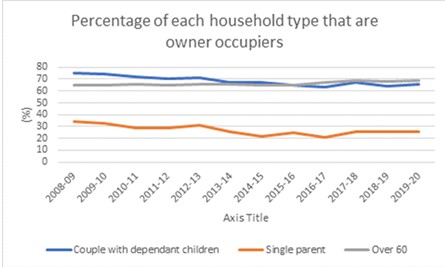 “Parents are increasingly likely to be trapped in a rental cycle. Renting for longer means life is catching up with them, so over a third of renters have children. Once you have kids, often your income takes a hit, and your outgoings soar, which means you’re even less likely to be able to put money aside for a property deposit. The huge burden of paying rent doesn’t help, soaking up almost a third of the income of renters before they start.

“It’s not just the financial implications of renting with children. Parents on short lets also have to deal with the threat their landlord will hike the rent to unaffordable levels or decide to sell up, so they’ll be forced to move. This is difficult for anyone, but when you’re juggling the needs of everyone in the family, it can cause enormous headaches.

“These expensive years can also mean renting parents have to dial down their saving, which can push property ownership even further out of reach. It may mean these parents can never afford to buy, so face having to pay rental in retirement, which comes with a whole new set of challenges.”